Join us live Sunday mornings at 10:30am on Facebook if you are unable to be with us in person!

The History of Newton Bible Church unfolded as the vision of four Godly men: John B. Wiebe, John Bartsch, John G. Unruh, and Austin Wiebe. This vision included establishing a church with focus and dedication to two simple Biblical concepts: evangelism and missions. Seeking to avoid denominational control and traditionalism, these men desired to establish an independent Bible-believing and Bible-preaching church in the Newton area. After months of discussion and prayer, Newton Bible Church opened its doors in the home of John B. Wiebe on January 16th, 1955. The dedication to preaching the Word, evangelism, and missions began on that day and continues still today. 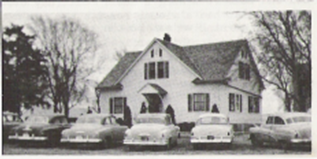 No one expected 44 people to attend the first service at the Wiebe home. Three Sunday School classes were taught in various rooms of the house. The Rev. Elmer Josephson, the Wichita director of Youth for Christ, preached the first message, entitled, “Spiritual Growth of a Christian.” The first offering totaled $43.30. The church devoted this first offering to missions.

Interest in the infant work spread following that first service. In fact, interest and enthusiasm were so great that the leaders of the church decided to rent the Newton City Auditorium for the second service, during which 88 people attended. Rev. Leonard Hanes preached that morning. He and his wife Helen would later become the first missionaries that Newton Bible Church would support. The offering that day totaled $108 and was given to the Back to the Bible Missionary Project.

By the third week, attendance rose to 97, and the church held an evening service as well. Believers met in homes for midweek Bible studies and prayer. Services would continue to be held at the Newton City Auditorium for over a year. 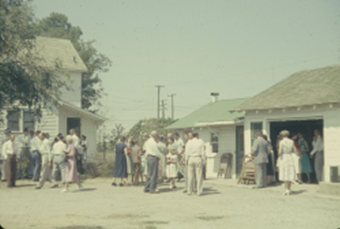 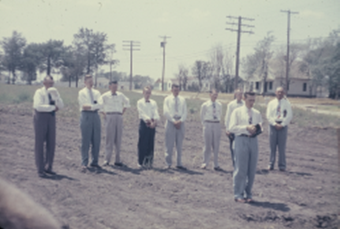 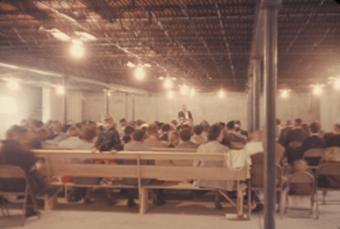 While meeting in the city auditorium, the church contemplated various long-term property options. In due time, the church purchased the Spencer Dairy Farm on Old Main Street. The property included a two story house, a barn, and a milk house. The milk house was eventually renovated and became the place for Wednesday night prayer meetings, Vacation Bible School, and Sunday School. The church designated the house as the parsonage until they built a new home in 1964. On July 30, 1955, the church held the groundbreaking service for a new church facility, and they began construction on October 12, 1955. They finished the basement in March of 1956. Two years later, they laid the cornerstone for the ground-level of the building. On Sunday, April 9, 1960, they held the first service in the new sanctuary, dedicating the building the following week on Easter Sunday.

Over the years, the church has intentionally sought to emphasize the importance of supporting missionary work. Mr. and Mrs. Otto Juhnke provide just one example among many of how people sought to support missions. Mr. Juhnke would build crates for missionaries to use as they shipped their supplies to overseas destinations. The Juhnke’s also supplied missionaries with other valuable resources while on the field including tools and appliances. When Mr. Juhnke died in 1971, he willed his house to the church with the express stipulation that it be used as a residence for missionaries on furlough. The “Missionary House” continues to provide a place for missionaries to live during their time away from the mission field. 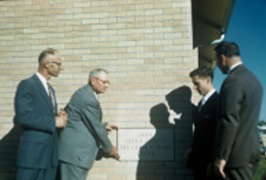 The church installed air conditioning within the church facility in 1970. Shortly after that, they added Sunday School rooms and an overflow space for special occasions. They began this addition on January 17, 1971, and dedicated it on August 29, 1971. 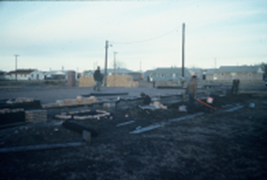 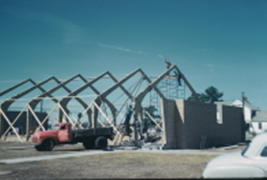 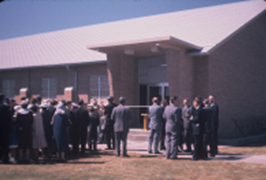 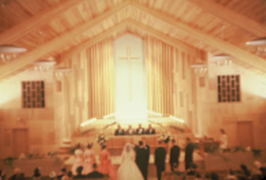 God has built and sustained Newton Bible Church for over 55 years, and we are excited to see what God has planned for us in the future. Though many have come and gone from our midst, God continues His gracious work within our midst. Just as our church began with a focus on preaching the Word of God, evangelism, and missions, so our church continues its desire to emphasize these three vital aspects of ministry. We hope you have enjoyed getting to know our history, and we invite you to come and visit with us. Come find out what God is doing at Newton Bible Church. 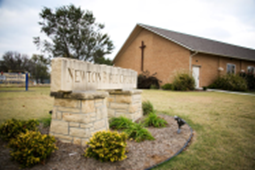 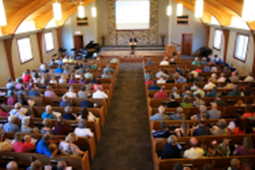